Inicio The Unexplainedancient America: land of mermaids, giants, and dragons?

Among many breathtaking and meticulously engraved details, the map features a group of mermaids holding what appears to be a disk in the form of a UFO near Patagonia, a legendary land that was rumored to be the home of giants.

During the fifteenth and sixteenth centuries, the lands of the Western Hemisphere were a complete and utter mystery.

After Christopher Columbus set foot in the New World—oh and he wasn’t the first European to do so—curious Europeans began to tell fantastic sagas about sea monsters, exotic wildlife, and strange civilizations.

In 1562, the Spanish cartographer Diego Gutiérrez and the Dutch engraver Hieronymous Cock made an attempt to create a detailed map of the Americas. It turned out to be a huge six-panel print. 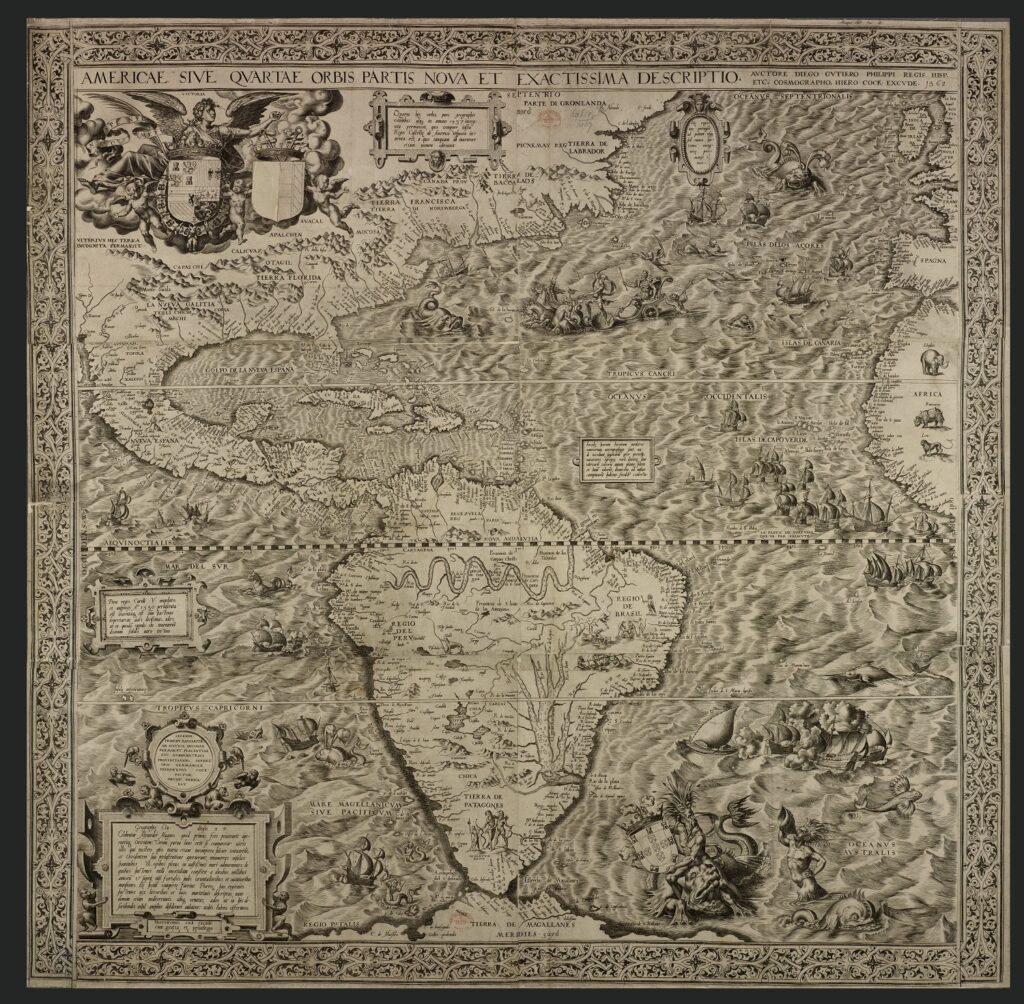 It was published in Antwerp under the name ‘Americae sive quarte orbis partis nova et exactissima, Latin for The Americas, or A New and Precise Description of the Fourth Part of the World’.

While the minutely engraved map shows precise geographical features in many cases (the east coast of the Americas and the western coasts of Europe and Africa), it is also plagued by what mainstream scholars consider folklore.

You can find many of the legends and rumors about the New World that circulated at that time: sirens, hungry sea serpents, cannibals, erupting volcanoes in Mexico and a land of giants.

I wonder if all of them were just a myth?

Since most of the sixteenth-century European population was not able to read, maps were not just a navigation tool, but a popular medium for telling stories about specific places and ancient civilizations. They were practically considered something like a storytelling book.

We see a threatening whale that squeezes a defenseless ship, a dragon, a huge snake and a group of mermaids holding what appears to be a disk in the form of a UFO near Patagonia, a legendary land that was rumored to be the home of giants. 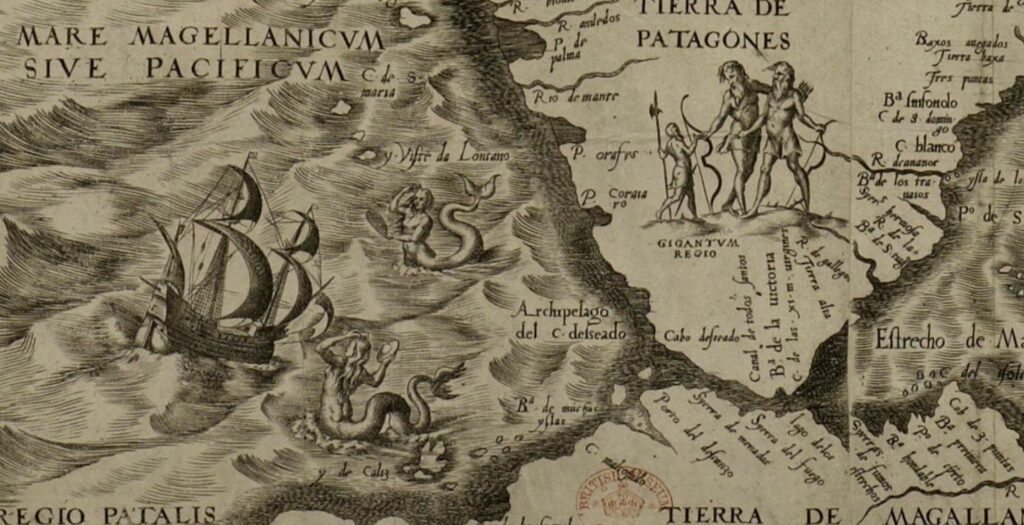 A small section of the map showing what appear to be giants, and a mermaid holding what appears to be a flying saucer. Not that it is one, is it? Image credit Wikimedia Commons

The region that is now part of Argentina and Chile was described by Portuguese explorer Ferdinand Magellan after encountering the indigenous Tehuelche tribe in 1520.

According to his accounts, the Tehuelches were very tall and must have seemed gigantic to Spaniards who were particularly ‘small’.

In order to prove that he really did encounter Giant beings in the new word, Magellan captured two Tehuelches and tried to bring them to Spain.

However, they did not survive the trip to Europe, and Magellan had nothing left but stories and myths of a land of giants.

The map is a mixture of reality and myth

Despite the fact that we see what is considered as fictitious material on the map, Gutiérrez and Cock also name settlements, rivers, mountains, and capes that really do exist.

It shows engravings of the Amazon River, Lake Titicaca, Mexico City, and the rivers in South America and Florida.

You can see numerous correct coastal features of South, Central, North and Caribbean America, which makes me wonder, why create such a weird blend?

Is there a chance that European explorers really encountered all of what was depicted on the map?

In 1969, construction workers found an alleged 200,000-year-old antediluvian structure in...