If our ancestors were contacted thousands of years ago by astronauts from another world, don’t you think we’d find evidence of their contact today?

Despite the fact that there are millions of people who are convinced we have been contacted in the distant past by ancient alien astronauts—and are still being visited—the majority of society remains unconvinced aliens are real.

Many would say that there is ample evidence of alien contact if we carefully study ancient civilizations that existed on Earth thousands of years ago, in Ancient Mesopotamia, Egypt, Asia and the Americas.

Wherever we look, we find evidence what today can easily be interpreted as alien contact.

Centuries after the fall of great ancient civilizations like the Ancient Maya, Aztecs, Inca, etc, the question regarding alien life remained present in society.

Throughout history, countless researchers, philosophers, and scientists have wondered whether or not there is life beyond the limits of Earth.

Some were even punished for speaking out about aliens like Giordano Bruno.

Giordano Bruno, who was an Italian Dominican friar, philosopher, mathematician, poet, and cosmological theorist proposed that the stars were just distant suns surrounded by their own exoplanets and raised the possibility that these planets could even foster life of their own.

Furthermore, he also insisted that the universe is in fact infinite and could have no celestial body at its “center”.

In 1593, Bruno was tried for heresy by the Roman Inquisition on charges including denial of several core Catholic doctrines, including eternal damnation, the Trinity, the divinity of Christ, the virginity of Mary, and transubstantiation.

Bruno’s pantheism was also a matter of grave concern.

The Inquisition found him guilty, and he was burned at the stake in Rome’s Campo de’ Fiori in 1600.

Centuries after Bruno, philosophers, researchers, and scientists continued asking the question, are we alone out there.

If aliens were real and had contact with our ancestors, where is the evidence?

If we travel to the Archaeological site of Al-Ubaid we will find what many believe are depictions of humanoid aliens.

At the archaeological site of Al-Ubaid archaeologists discovered a number of artifacts dating back at least 7,000 years. Among these objects, strange looking figurines were discovered with a mixture of humanoid and lizard-like shapes.

The Ubail Lizardmen statues are considered by many alien researchers as evidence of ancient alien contact, more than 7,000 years ago in ancient Mesopotamia.

From Ancient Mesopotamia we venture out to Mexico where countless mysterious objects have been recovered throughout the years pointing to the possibility that ancient civilizations like the Maya had contact with advanced alien beings.

The artifacts discovered in the territory of the ancient Maya show what appear to be alien beings with almond-shaped eyes, and disc-shaped objects that according to many researchers are evidence of advanced spaceships.

Not far from the Yucatan Peninsula, near the modern day city of Veracruz, a group of explorers has found an extremely controversial set of artifacts that according to them ‘undoubtedly prove’ ancient cultures from America had contact with beings not from Earth.

In Egypt, we have a great amount of evidence that also points to the possibility our ancestors had contact with beings, not from Earth.

If we take a look at the  Tulli Papyrus, an apocryphal document of great importance, we will see how it describes the appearance of flying saucers during the rule of Pharaoh Thutmose III:

“…they were more numerous than anything. They were shining in the sky more than the sun to the limits of the four supports of heaven […] powerful was the position of the Fiery Disks…”

If we travel to ancient India we will find evidence of powerful flying ships that existed on Earth more than 6,000 years ago.

According to Ancient Indian history –one of the most extensive on the planet– their ancient sacred texts called the ‘Vedas’ speak of incredible flying ships that visited our planet over 6000 years ago. With the help of the Vimana, ancient astronauts visited different places on our planet with ease, spreading knowledge and wealth among ancient, primitive civilizations. 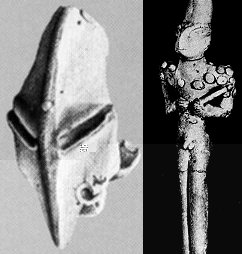 Is that an almond-shaped ‘Grey Alien’? 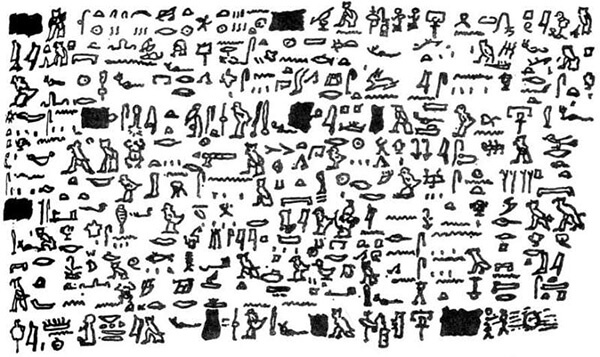 A recreation of the Tulli Papyrus. It states fiery ‘discs’ visited Egypt during the reign of Pharaoh Thutmose III.

Meet the Anunnaki, ancient astronauts who came to Earth hundreds of thousands of years ago to create mankind. 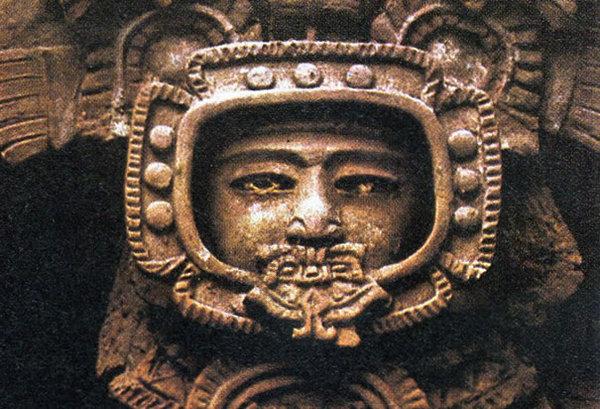 Countless curios artifacts have been found across the globe depicting what many believe are ancient astronauts. Maybe our ancestors saw flesh and blood astronauts and decided to recreate them in stone?

Are these pieces of ancient art, evidence that Ancient Aliens visited us thousands of years ago? 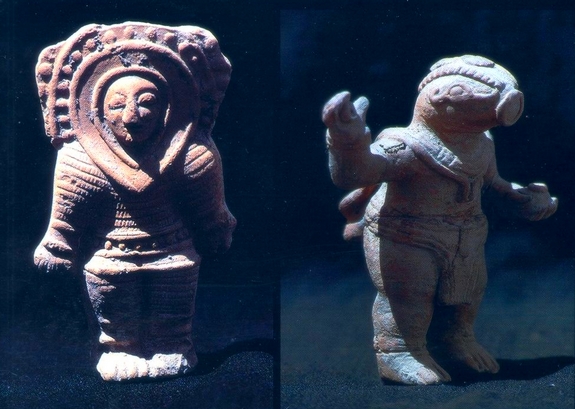 The evidence is here, all we have to do is decipher it.